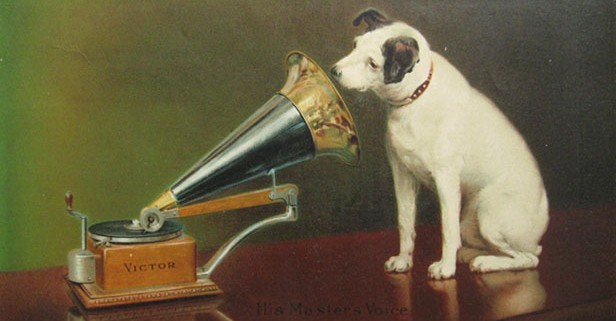 At Christmas dinner, I asked my teenage granddaughter what her favorite Christmas gift was and she said it was a record player. I assumed that she was taking into account my age, my ignorance about electronics and was, thoughtfully, sparing me the details of some fancy music-making thingie. Record player indeed. I knew better. I knew it was something the size of a quarter, with somewhere between five and seven tiny buttons (not visible to people over 40), each of which would have to be pushed in some obscure sequence or nothing would happen.

So I asked again. And again she said it was a record player.

Her father was at the other end of the table so I called down to him. He said she indeed got a record player and that she has two records, one of which has a scratch and skips!

It WAS a record. What else has scratches and skips? She really got a RECORD PLAYER! One that has a spindle that turns and has an arm and a needle.

It has an on/off switch, an up/down volume knob and a cord that goes into a regular electrical outlet. You can even get replacement needles! No charging required and you don’t have to struggle to remember where you put it. Or when….or why.

Now I come to find out that all the hot new musicians are putting their songs on vinyl. Who knew? Maybe you did but I didn’t. I’m pretty excited. If we want music in this house, we have to go through several computer programs, housed in different rooms and I have no idea how to make any of it go. Happily, my husband does.

But knobs I can do! Now we just have to hope that Ella, Duke, Frank and Johnny….even though they are deceased….will get with the program.

Wait! I already have all those people on vinyl. Ooops. Of course I gave them all away years ago.   I foresee a spending spree and a little walk down memory lane. Dance party, anyone?