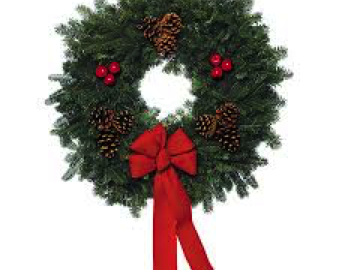 The year was 1961. I was working in Boston at the New England Conservatory of Music as a receptionist. It was, in all respects, a wonderful year. I was in love (still am) and was surrounded by talented, generous and joyful people.

But Christmas was always hard for me. What to give to my parents? My father never wore anything but a suit, had enough ties to last several life times, bought his own socks and had no hobbies. My mother was choosy about the things she wore and the things she had in the house. I always had great angst about what to give them. That year I found a little Japanese porcelain dish which I hoped they would like, but it cost more than my small salary could comfortably bear. Still, I bought it. There wasn’t any joy in the purchase, however. I was worried and poorer…not a good combination.

The Conservatory was, back then, in a less than desirable part of town. It was surrounded by poverty level housing and people. There was a drug store right across the street that I visited on my lunch hour to pick up necessary items.

One day, near Christmas, I was at the drug store, mindlessly purchasing some stuff, not giving it any thought as I stood in line to pay for my items. An older woman was in front of me. She wasn’t dressed warmly enough for the cold Boston December day. It did strike me that she most likely didn’t have a warmer coat, but the thought was fleeting.

And then something happened that I will never forget. As my arms were carelessly full of stuff, I realized she was buying a single box of tissues. And I heard her say to the clerk: “This is for my friend for Christmas. She’ll really like it.”

I find myself as speechless now as I did then. And still a little close to tears. It was a hard reality. She was delighted with her choice of a gift for her friend, confident that it would be given, received and used with love and affection.

And I was worried about an expensive porcelain dish for my parents who needed nothing and would most likely put the dish in a drawer anyway? Not a Christmas goes by that I don’t think about that moment.

Sometimes, I wish our family could just exchange boxes of tissues, carefully choosing one that might appeal…they come in such jazzy colors and designs these days. Wouldn’t that be fun? We could wrap them up fancifully with pretty paper and ribbons, confident they would be used and appreciated.

Now, I know we can’t….and would never want to…deny our families the joy of Christmas morning and presents under the tree. Santa Claus does exist.

But, for me, perhaps, a box of tissues has become a symbol of friendship and love, of a longed-for simple Christmas season, of joy, of an opportunity to share with others less fortunate, and, of course, in its own way, the true meaning of Christmas.

Christmas and Love
Scroll to top